Full circle. With this phrase in mind, I was wandering through the streets of my hometown. The very intense and unusual experience of being there for a half of the year mixed in my head with the feelings of nostalgia for that past, with the process analysis of my spiritual development for the year and the increasing awareness of the sudden end of the year and this project with it. I remember myself feeling crazed in late spring when it was a part of adventurous things on my list, with pressing deadlines and very unsure perspectives.

When in June we began to work in a team I supposed to have a great strain as I was not a part of the Scholl of Business. And the selection process Ekaterina conducted seemed to leave those guys who are the best of the best. While I did avoid all that. My idea of the following months of our work was vague, to tell the truth. And, as often, I felt afraid that I might be urged to accomplish some tasks that are too far from my field of interests and expertise. I was afraid to feel unhappy, to be taking things that are not right up my alley. So, from the very beginning, I tried to do my best and expected to be an outsider in terms of quantity and quality of work I do on my part. As it will turn out, I will have to urge others to keep up with the deadlines and standards of the research work. Though it was not a polite or effective way to get the wished result.

The first part of the project took place in the summer months. I remember myself sitting on the bench in the park and writing the review of my reading. With this work on my schedule, I didn’t feel, as it usually happened, that I’m falling away from the University’s life. I got the weekly motivation to work, to widen and deepen my knowledge on SD. Though I was soon disenchanted regarding others' motivation on this phase that immediately raised my concerns on whether we will proceed somehow at all.

The second phase, corresponding to the task of our work on pall, began with even greater doubts. With the leave of the second member, it seemed that our team is falling apart. Though, several weeks later, some of my peers convinced me that project would sustain. Most notably, Alina took a leading role in the process – coordinating tasks with the work on the table, agenda, and keeping initiative despite some troubles we had. Also, in this phase, I opened up that there are spheres where Daniel and Ruslan shine. Despite my hopefulness with the guys’ success, sometimes I felt puzzled with the mode of our work (though get used to this ‘slow motion’ towards the end). Basically, I was confused with the need to do some work in a synchronous regime postponing the real progress. Finally, from time to time I felt despair with the lack of support of our project from those in power...

The third part came with winter. I had some experience with taking an interview during the first year of my studentship. So, taking up the task I was aware – it would be a challenge. Though I was too busy to worry too much in the interview’s respect. So, as usual, I was not sitting and analyzing why I am not comfortable with something to do – plucking up my courage I just did what seemed to be out of my comfort zone. As the very impatient person and the very self-demanding one I did analyze my own (clumsy) performance during the talks and the value of experts’ answers for the research. These two sins, perhaps, will haunt me when the research based on the interviews’ material will proceed. In a while, our team, as it seems, rallied and worked together. I began to feel that what we do is important to every member. As I mentioned at the beginning, the fact of the end of the project and our work was not yet fully realized by me. But I feel like I don’t want to end up with our communion. For half of the year, the project has become such an integral part of my life that it seems strange to imagine things differently.

This ensō I drew symbolizes the unity (though not perfect) that our team reached. It also symbolizes the completion of the project. The imperfection of my own skills and contribution is reflected by the form. As with music, with which I was a bit disconnected in these several months, I feel to have a lot of material I need time to think over and, upon reaching enlightenment, to sculpt from it something good and beautiful.

In Russian only - description of the project in video-format and as the text (p. 152-53), our poll 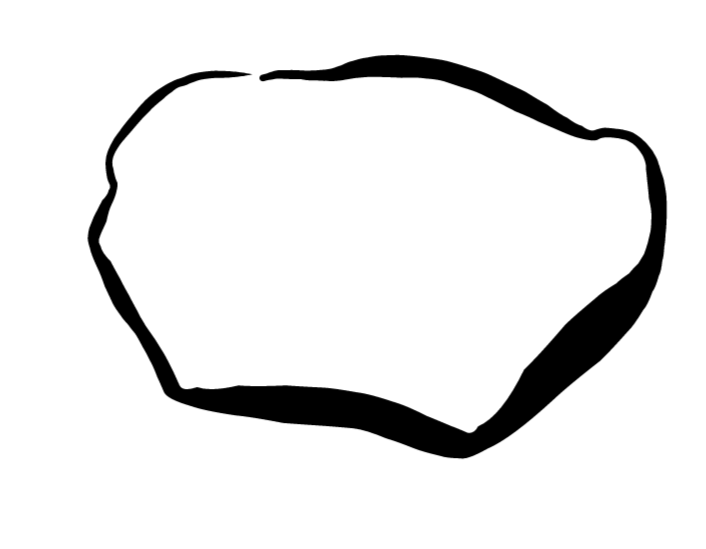